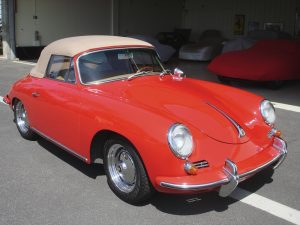 In late 1959, the 356 B (T-5 body type), which had a squared-off hood and larger windshield, rear window, and lid, appeared with various improvements.  The most significant visual differences between the B series and model A, were the raised headlights and re-contoured, raised bumpers – both front and rear.  The headlights were raised and the front bumper rim guards were enlarged and lifted approximately 10 centimeters. The front lid handle was made wider at the bottom, and the lid’s twin horn grilles were flatter and had two (2) chrome-plated slats.  The 356 B’s front indicators protruded more slightly and two (2) lamps for the number plate lighting were integrated into the design. The reversing light was mounted under the bumper and the gas fill was moved to the top of the right fender. Also improved upon was the new model’s handling with softer rear torsion bars and a transverse rear leaf spring. 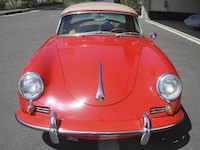 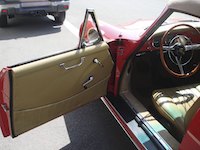 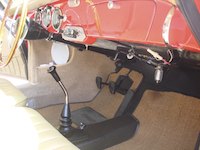 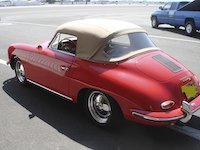 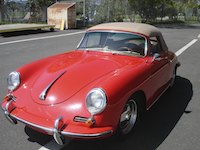 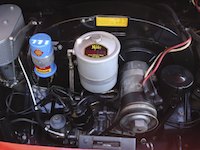 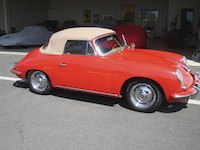 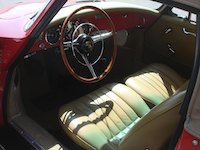 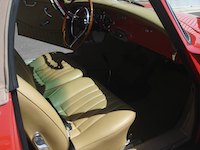 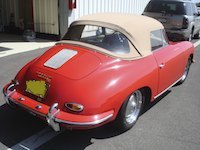