Bill Gates was one of the first Americans to purchase a 959 and went through years of battle with US Customs to get it retrieved, as they were not legal yet in the States; his “contraband” had been impounded.  In 1998, the “Show and Display” law passed and landmark cars like the 959 were allowed passage on US roads (up to 2,500 miles/year permitted).  959’s were finally allowed to enter the US, imported as individually-owned show exhibits.

This opened the door for Americans to experience the power of a six-cylinder engine taking the car from 0 to 60 in 3.5 seconds, and features technology that never existed prior for a road vehicle.  Worldwide, only 337 were built in total.

Equipped with heated sport seats and an alarm system, our 959’s paintwork is Guards Red, and  US DOT entry date was May 30, 2000. In 2017, CNBC ran aspecial Porsche: Decades of Disruption where this beautiful example was driven by race car driver Derek Bell.  It has also been displayed at the Concours d’Elegance, Greystone Mansion Beverly Hills 2010, and Father’s Day Rodeo Drive Concours d’Elegance 2017, where it won the award for “Most Iconic” car.  This 959 has undergone approximately $44,000 in restoration efforts by its current owner. 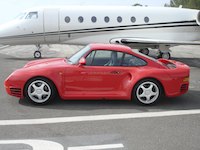 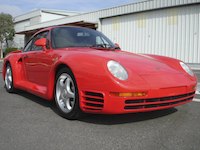 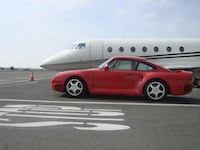 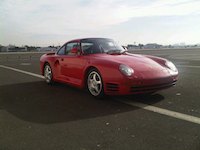 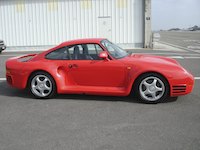 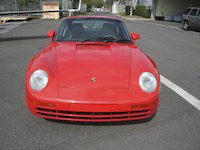 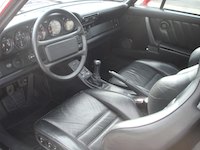