Made only as a concept car, the Porsche Carrera GT has taken its place alongside the legendary sport cars ever made.  Porsche’s desire to pursue its Cayenne SUV project in 1999 put this design on hold until it was revived in 2000, when the company brought a prototype to France for the Paris Motor Show.  It was a hit and public demand was high. Porsche used money from its Cayenne sales to begin development for a Carrera GT for the road, although it planned for a production run of only 1,500 cars.  As a result, the first Carrera GT went on sale in the United States at the end of January in 2004.

However, because of new air bag regulations in the U.S., Porsche stated it would not continue manufacturing the Carrera GT, but did end up selling approximately 1,270 models of the car with roughly 671 of that lot ending up in North America – 644 of which were purchased in America.

This model received nods from various publication throughout the years for its advanced technology [Popular Science:  “Best of What’s New (2003)] and iconic stature as a sports car [Sports Car International:  “Top Sports Cars of the 2000s,” and “Top Sports Cars of All Time.”]

Purchased in 2007 from the dealership that sold the car to its original owner, this Carrera GT has been meticulously maintained over the years.  Only 1 of 22 made with Guards Red and Dark Grey color combination, it has a waxable 3m clear bra on the front end, partial hood, side panels, wing, and rear corner panels.  In 2007, it was featured in the “Makes and Models” magazine, as well as the “Octane Cable Channel.” 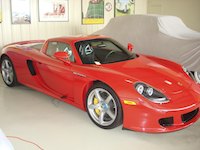 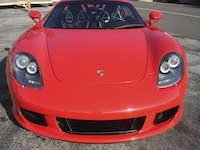 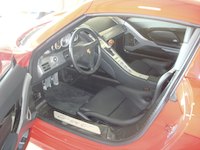 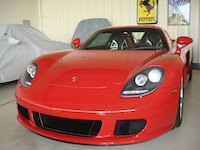 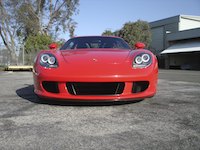 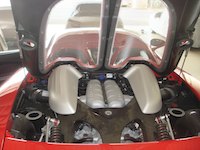 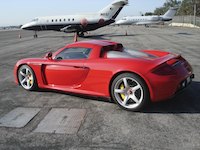 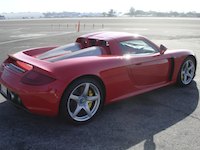 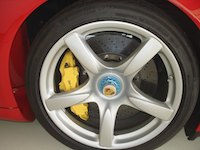