Famous for its distinctive upward opening Gullwing doors, the Mercedes-Benz 300SL (SL for “Super-Leight” / “Super-Light”) has a light tubular frame construction, and is one of Mercedes-Benz ‘s most collectable models.

“The 300 SL is credited with changing the company’s image in America from a manufacturer of solid, but staid luxury automobiles, to one capable of rendering high-performance sports cars” (Mercedes-Benz 300 SL, Wikipedia).  In 1999, it was voted the “Sports Car of the Century.”

This 1956 Mercedes-Benz 300SL Gullwing has a silver exterior (originally, shell white) and burgundy interior.  It was purchased at the Pebble Beach Auction in 2008 from its owner, Samuel Mann, of New Jersey. 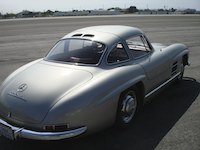 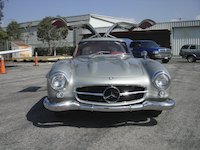 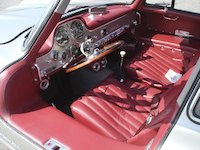 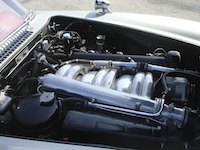 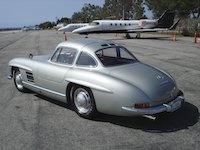 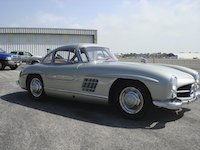 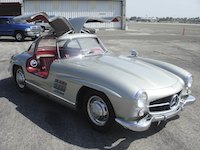 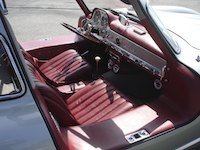 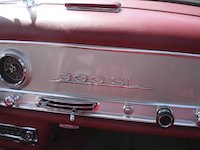 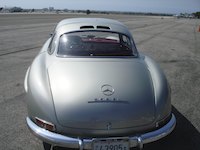 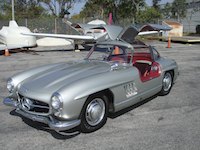 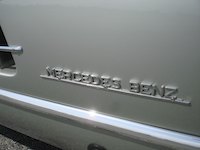 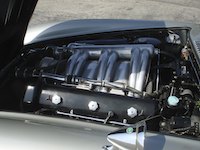 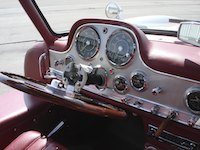